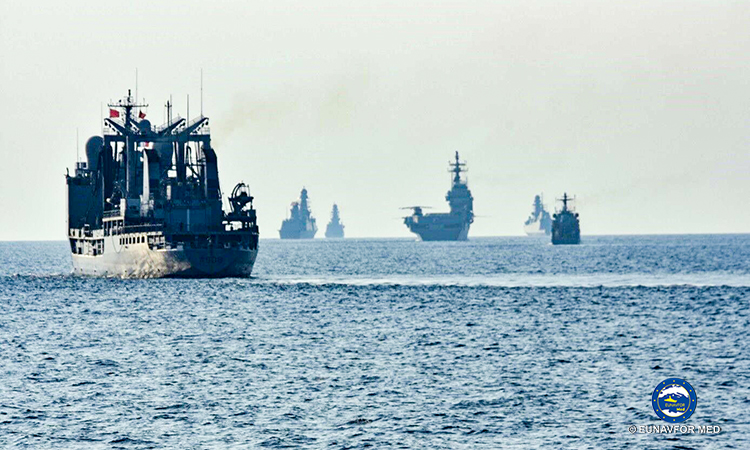 From 8th to 12th of May 2018 ITS San Giusto, Italian flagship of Operation EUNAVFOR MED – Sophia, the Spanish Frigate ESPS Santa Maria and the French ship FS Le Hénaff were involved in “Mare Aperto 18-1”, the most relevant and complex maritime exercise carried out in recent years by the Italian Navy.

The flagship of the Op. Sophia operated with a “double hat”: despite the involvement in the complex training activity, she continued to support the requirements of the European Staff composed of approximately 45 people responsible for command, control and coordination of all the EUNAVFOR MED maritime assets deployed in the central Mediterranean Sea.

During the exercise, ITS San Giusto carried out a number of shooting serials with “76/62 compact” cannon and with “KBA 25/80” machine gun, simulating anti-ship & anti-aircraft actions. Furthermore, a refueling at sea was executed with ITS Etna, a delicate and spectacular maneuver successfully and safely performed in very good sea and wind conditions.

Many different exercises were conducted, such as gun exercises, boarding operations and air defense. The presence of Italian submarines also allowed for anti-submarine warfare training.

In addition to the activities described above, fire and flood events were simulated on board, which have allowed to consolidate and maintain a sound level of training for the crew in the so called “Passive defense” domain (fire-fighting and damage control procedures), an area of expertise that represents a form of warfare.

The complex exercise has given a great momentum to develop skills in high quality mutual exercises and contributed to the training of allied European ships. 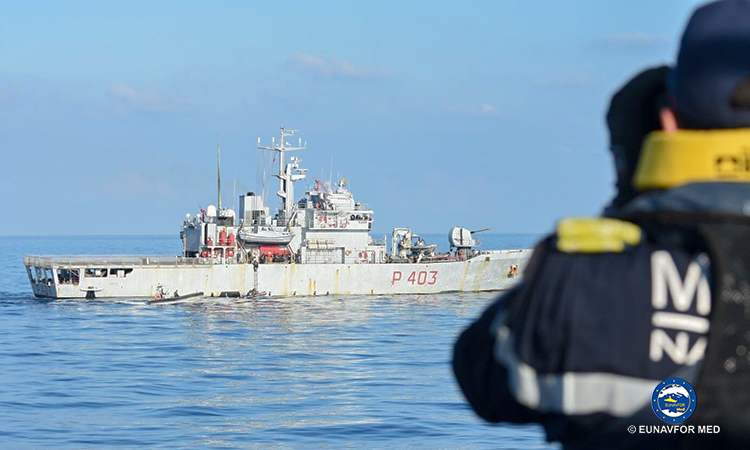 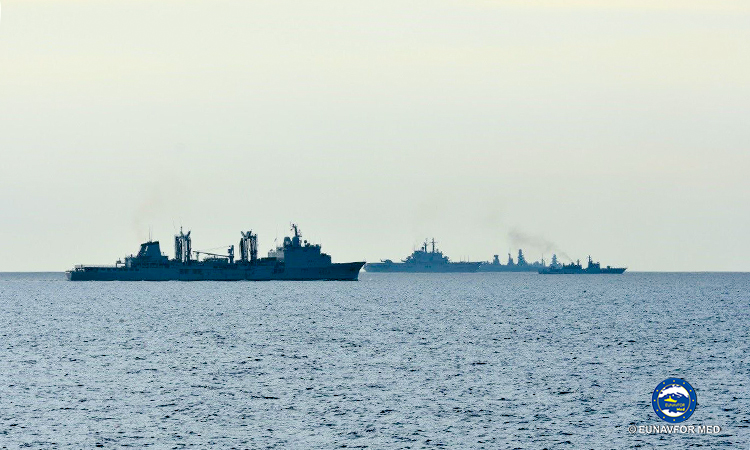 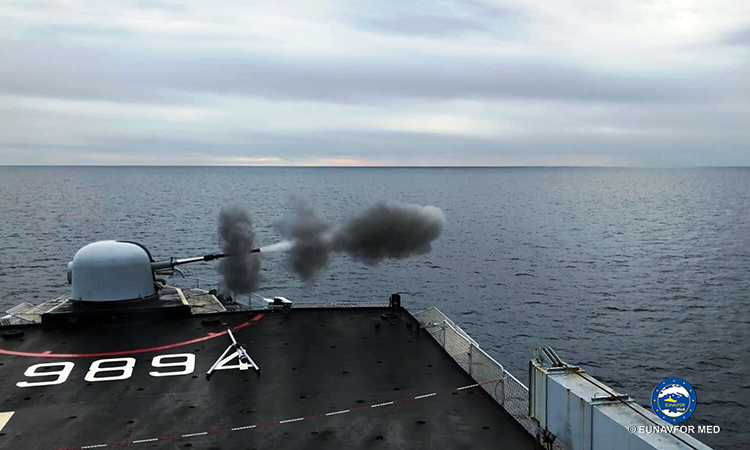 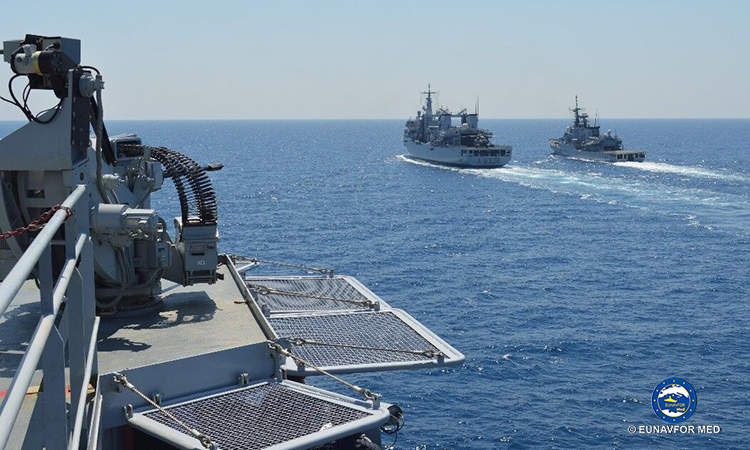 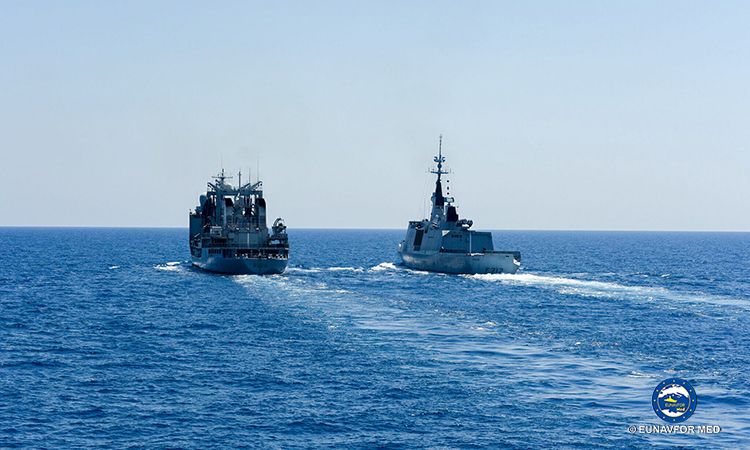