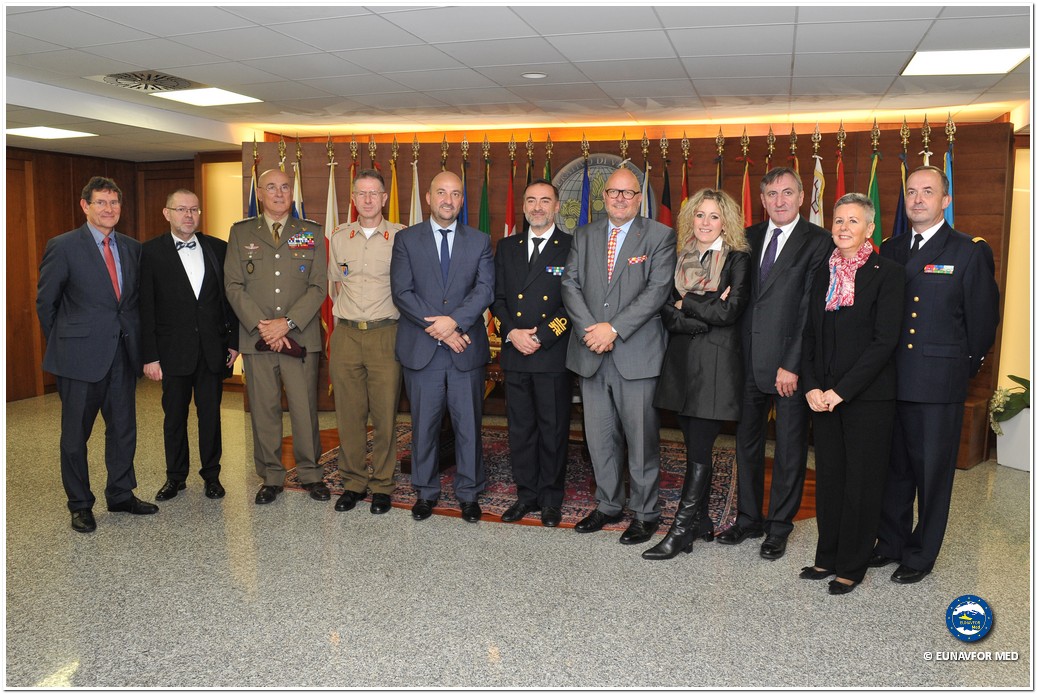 This morning, the Luxembourg Deputy Prime Minister and Minister of Defence, Étienne Schneider, has visited the Operational Headquarters of EUNAVFOR MED Operation Sophia.

The Minister and his delegation was welcomed by Chief of the Italian Joint Operation HQ, general Marco Bertolini and by admiral Enrico Credendino, EUNAVFOR MED Operation Commander

, who provided an update about the current situation on the field.

During the visit Mr. Schneider took the opportunity to witness how and where the operational activities are planned, directed and followed, entering the EUNAVFOR MED Joint Operation Centre.

In the afternoon the delegation is also visiting the airbase of Sigonella (Italy), where the Luxembourg company CAE Aviation specialized in aerial surveillance and reconnaissance,  using a public-private partnership, operates a maritime patrol  aircraft SW3 Merlin III, which  is contributing to EUNAVFOR MED since the first phase of the operation.

Luxembourg is one of the 22 EU contributing Member States to EUNAVFOR MED, that moved to its second phase in high seas last October the 7th,  being part of a wider EU’s comprehensive approach to migration, tackling both current symptoms and root causes such as conflict, poverty, climate change and persecution.

The mission is aimed at contributing to disrupt the business model of human smuggling and trafficking networks in the Mediterranean and to prevent the further loss of life at sea.