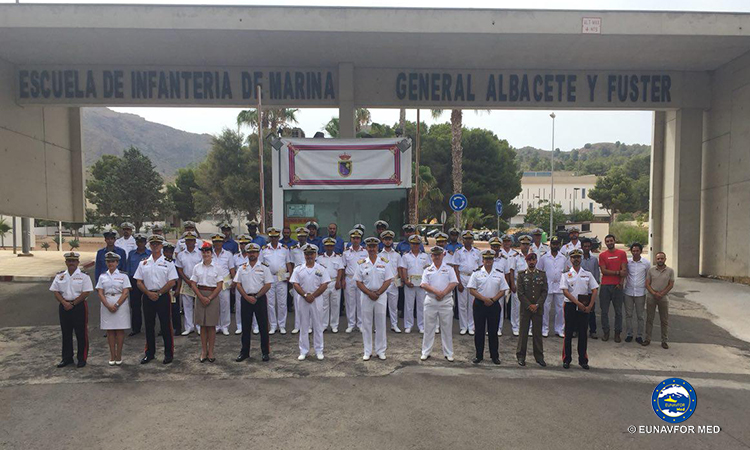 The 26 selected trainees started concretely the teaching program on 02nd July. After a general introduction of the course and its objectives.

The course, hosted by Spanish Navy, lasted 3 weeks, and included: origin and development of the communication on maritime and naval environment, International Human Rights, Basic First Aid, Gender Policy and some lessons of Basic English.

With the positive conclusion of this course, up to now the threshold of 237 Libyan Coastguard and Navy personnel trained by EUNAVFOR Med has been reached.

Other training modules ashore are foreseen in Italy, Croatia and other EU member states in favour of a huge number of trainees. 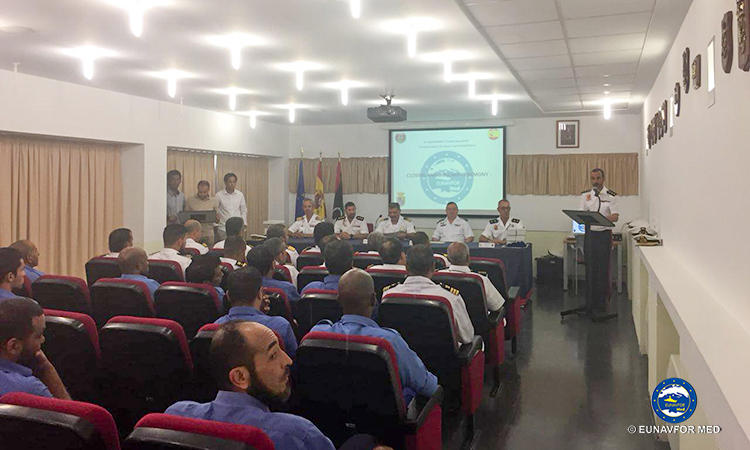 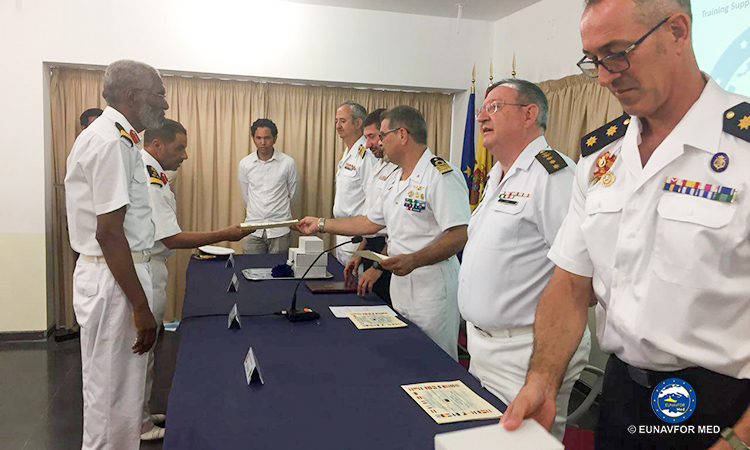