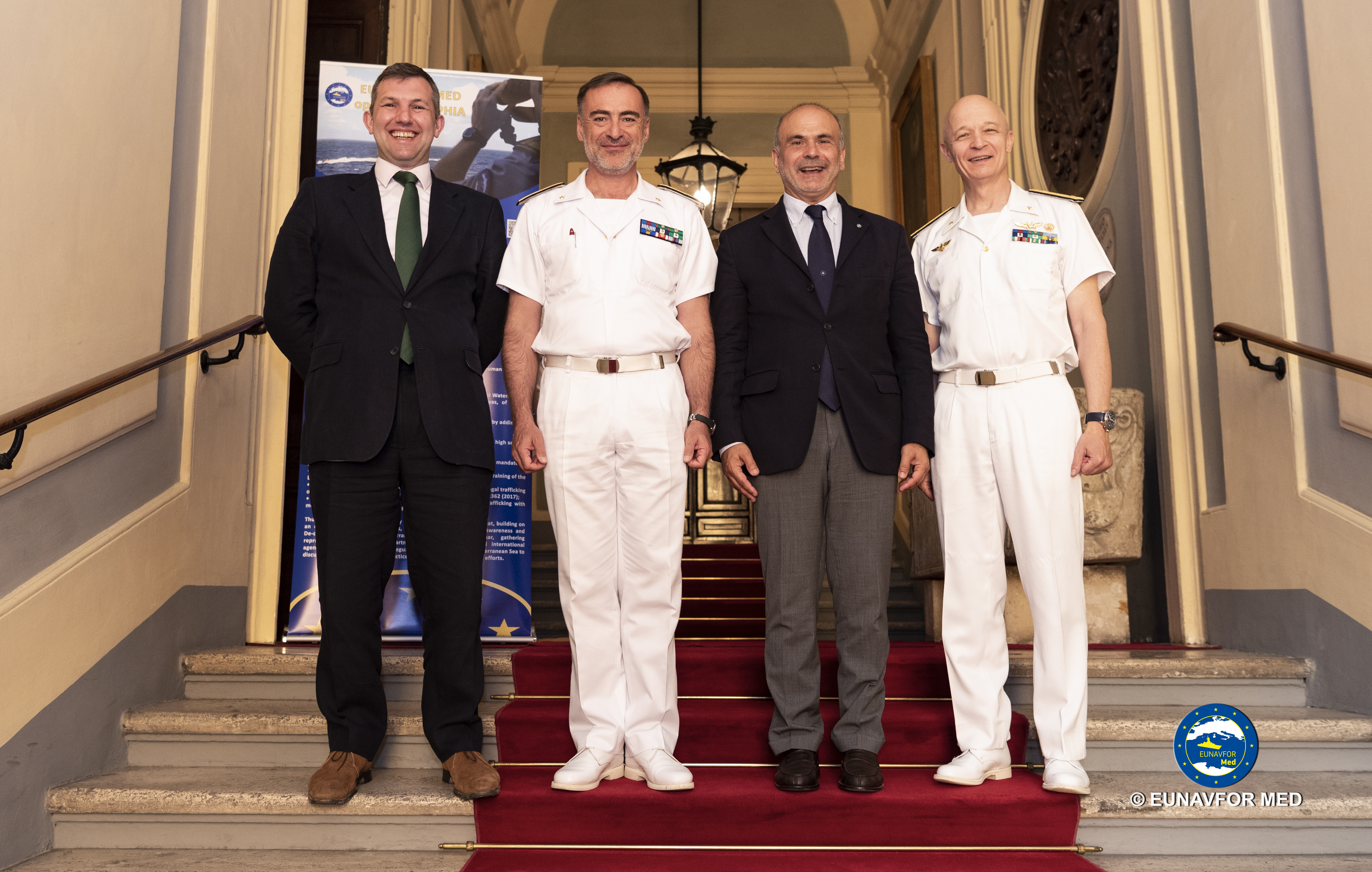 The meeting was organized by the International Chamber of Shipping (ICS), EUNAVFOR MED (ENFM) – Sophia Operational headquarters (OHQ) and CONFITARMA, following the last edition of SHared Awareness and DEconfliction in the MED (SHADE Med) dated January 2019 in order to continue the structured and periodic discussions on relevant maritime safety and security issues related to the situation in the Central Mediterranean Sea.

During the workshop attendees were informed on developments in ENFM activity and the evolving scenario in the Central Mediterranean Region from different perspectives (including migration flow updates and oil smuggling and arms embargo issues). Shipping industry highlighted aspirations with respect to cooperation and interaction, namely to cope with Search and Rescue (SAR) activities in an increasingly complex operational maritime environment.

Mr. Luca Sisto, Director General of CONFITARMA, during the welcoming remarks, underlined that maritime security represents a necessary requirement for the free flow of commercial traffic, “the driving force of the world economy, since over 90% of the world trade travels by sea. This is particularly true for our country, which is a major importer and exporter of goods. “We must always bear in mind that a more insecure sea represents a more expensive sea for everybody!”. After having remembered the critical situation in West Africa, where there has been an increase in the number of piracy attacks and armed robberies at sea since 2018 (“this is an area with a strategic role for the Italian energetic policy and in which our shipping industry has important commercial interests”), Luca Sisto focused on the complex challenges associated with SAR operations in the Central Mediterranean Sea, involving Italian ship owners in the last years. “Last February we asked our Ministry of Transport for clear guidelines on the conduct our masters must strictly follow if called to intervene in SAR operations, particularly in the Libyan SAR area. This in order to avoid any doubt on the conduct of the crew and of the owning company that could be raised by an investigating authority, national or international. So far we have not received any feedback yet”, CONFITARMA Director finished.

ICS Mr. John Stawpert added: “While the massive migration pressure and the large scale savings has somehow decreased, we are worried about the current political environment in Europe, particularly on the disembarking ports issue. It is essential that the States provide the commercial vessels called for rescue operations with the appropriate assistance in terms of allowing the disembarking of those rescued as soon as possible. The cooperation between the shipping industry and EUNAVFOR MED is critical to achieve those results. Operation Sophia is a pillar in the Central Mediterranean Sea maritime security and we expect this operation may continue.

Vice Admiral Enrico Credendino, Operation Sophia Commander, said that “Efficient information sharing between military and civilian stakeholders represents one of the most effective solutions to guarantee freedom of navigation. EUNAVFOR MED Operation Sophia keeps on monitoring the potential crisis situations in the Central Mediterranean Sea and its coastal countries”.